When do you Need an Updated Passport Photo? 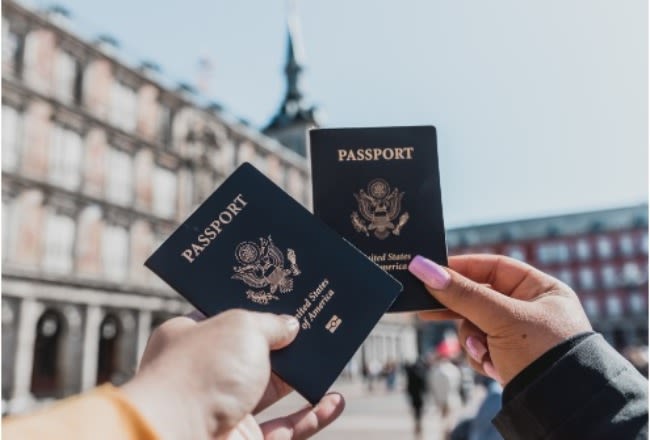 Today, we live in a time where altering your appearance by cosmetic surgery has become commonplace. The extent to which individuals are willing to improve their appearance ranges from basic modifications like coloring their hair to getting a surgical procedure and, at times, becoming virtually impossible to recognize. People want to have the things they do not have. They’d like straight hair when you have curly hair. They’d like straight hair, brown-eyed individuals prefer blue eyes, etc. Nowadays, there are a variety of ways to alter your appearance. In the 1960s, you could only hope, wish, and look as gorgeous as Marilyn Monroe, but today you can transform yourself into the Kim Kardashian of the future.

You can browse through magazines in the cosmetic surgeon’s office and make your choice; request this person’s nose, the cheekbones, and that gorgeous lips. The way you dress is a personal decision, and the extent of effort you put into achieving it will differ however it is important to consider the impact of your decisions. For instance, have you thought that changing your appearance significantly could require you to obtain a new identity such as a driver’s license or passport?

Passport Rules for Changes in Appearance

In the case of any form of travel outside of the country, you’ll need an identity card. Many people don’t know about the restrictions that accompany traveling across international frontiers. Even though you may think you’ve got a passport and that you’re the person you claim to be, what’s holding you up? The truth is as simple as that. Your passport must be able to prove that you’re the person you claim to be. Passports issued to 16 or over are valid for 10 years, and many things can change during the period. It is necessary to obtain an additional passport before the expiration date of your current passport when you’ve changed your appearance so that your image does not look like you anymore.

If You Need to Update Your Passport Photo

If you’ve undergone major facial surgery or suffered severe facial trauma, you’ll require a new passport. Anyone who has many faces tattoos and piercings but has been removed from them will require new passports. Are you losing or gaining some weight since the time your travel document was approved? If yes, then you’ll have to obtain an updated one. Due to advancements technological advancements in medicine, gender change is now possible. This also requires an entirely new passport. Any change in your appearance to make it appear as if the person in your passport photo currently is not the person who stands in front of the immigration officer is a requirement for using a new passport.

Changes That Do Not Require an Update to Your Passport Picture.

Although certain changes to appearances require a new passport to become available, there are smaller changes that need an entirely new passport. The modifications to your appearance that permit the use of your passport include:

In simple terms, if your hair is a longer length than before, that’s fine; if it’s the beard, it’s acceptable, and if the ears are pierced but they weren’t previously, you’re fine with that. Any changes to your appearance that don’t require a complete overhaul do not require you to obtain an additional passport.

You Can Get a New Passport Quickly

If you’ve made plans to travel out of the country but did not realize you’d require a new passport because you’ve changed your appearance, then you might need to be able to get an expedited passport. It can be obtained within 24 to 72 hours if you’re willing to pay the cost. You must fill out the form for passport DS-82 for renewals via mail and include a fresh passport photo showing how you appear now. You should apply overnight, your previous passport, and pay of fees to an expeditor. They’ll take care of everything done for you in a short time. It’s slightly more than the normal passport, but this is a great option when you’re at a stumbling block!

Perfect Passport Photos was founded with the goal of providing a simple, efficient solution for passport photos, visa photos and other identification photos.